Don't Let Fire Go Over Your Head With Firestopping Above Ceiling 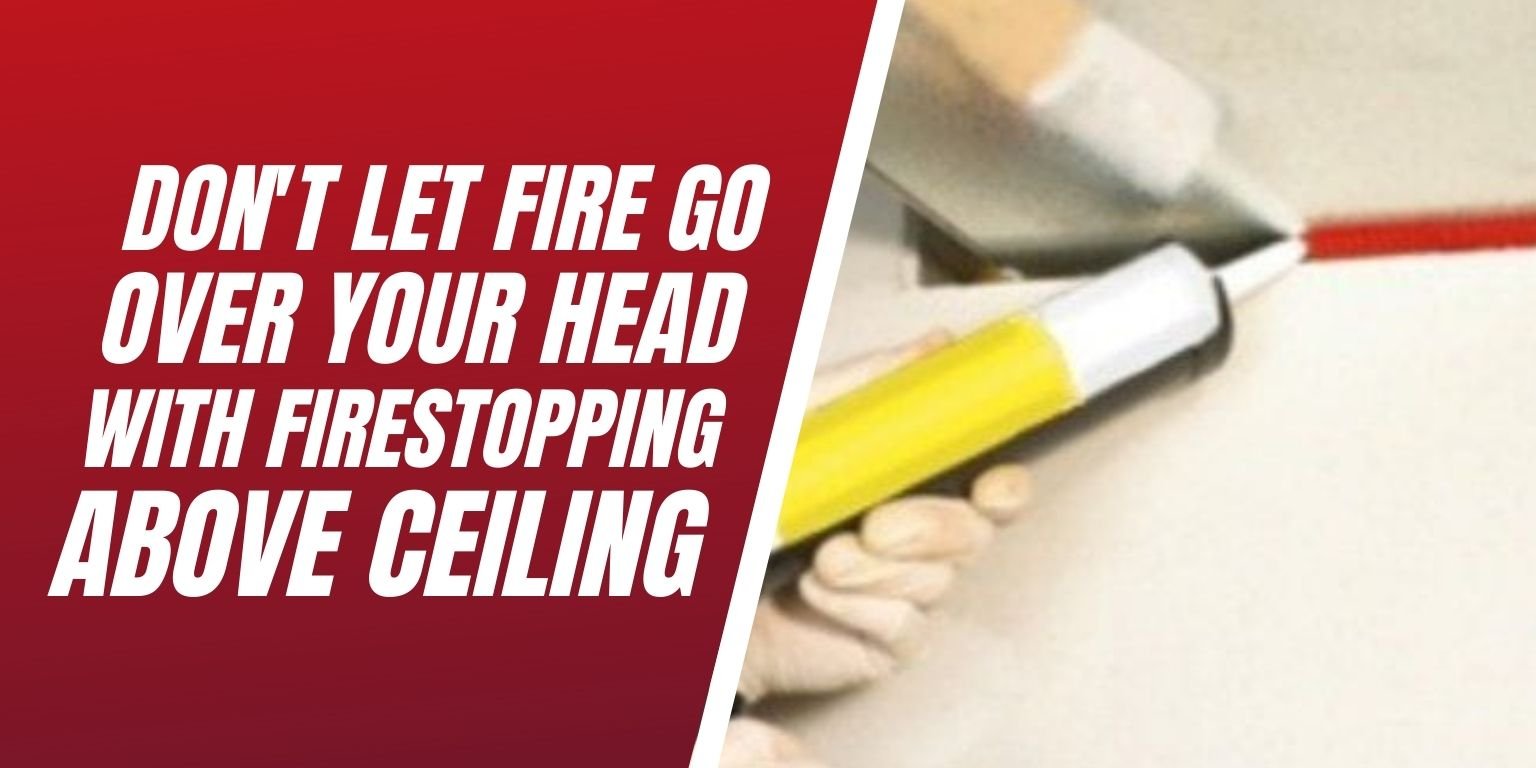 When thinking about the maintenance requirements for your building’s fire and life safety protection systems it’s easy to take care of issues that are visible, while forgetting about issues that are hidden. Out of everything in the life safety standards, one area that is often overlooked is firestopping, and more specifically, firestopping above ceiling.

Fire safety above ceiling is one of the most common inspections that is required by your Authority Having Jurisdiction (AHJ). And whether your building is new construction or has recently undergone renovations, contractors that have worked on the plumbing, HVAC, electrical, or IT equipment will have created penetrations through a building’s fire rated walls and fire barriers. This inevitably leaves various sizes of gaps and holes, which allow fire and smoke to easily travel throughout the building. That’s where firestopping materials come in hand. There are numerous things that could be going on up there and here are a few of the top issues:

Faulty wiring is one of the top reasons for a fire starting and the wires above your ceiling are no exception. In fact, wires wrapped around sprinkler lines and hangers can be a potential fire hazard, and should be removed using zip-ties to connect. However where wires are joined together heat is created, and if too much heat is built up it can cause sparks, which can create a fire. Therefore preventing fire and smoke from spreading by containing it to its original origin will help keep everyone inside safe.

Firestopping has become a key component to a building’s over all fire and life safety system. Firestop products work by filling the spaces around penetrating items, such as plastic pipes or wires that would melt or change shape during a fire. Some firestop products will swell up or expand in the presence of heat. This swelling action seals and stops the spread of fire and smoke to other floors and rooms. Common firestopping materials include:

Above ceiling fire safety may not seem like a high importance item on your to do list, but it should be! If there are fire hazards above your head that go untouched, it could cause a fire and that fire could spread throughout the building putting everyone’s lives in danger. There are various issues that could be going on up there and unsealed penetrations is one of the top issues. That’s why firestopping above ceiling is just as important as any other fire protection system. In the event of a fire, properly sealed gaps and holes from penetrations will prevent the spread of fire and smoke from one location of the building to the next, especially above ceiling.