Include a Firestop Survey In Your Life Safety Plan 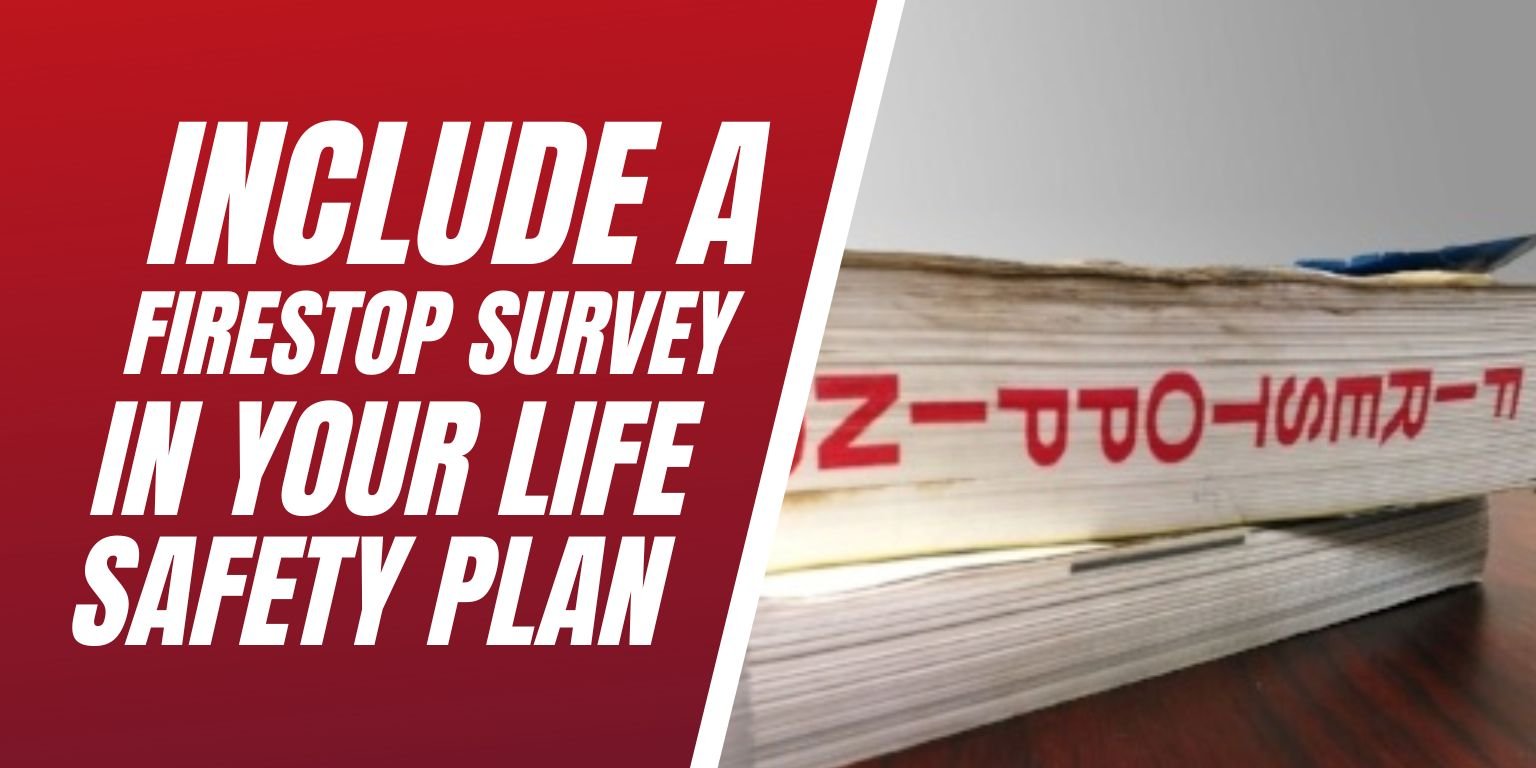 As a facilities manager, you have a lot on your plate that you have to take care of, especially when it comes to life safety.  Out of everything in the life safety standards, one area that is often overlooked is firestopping.  You have to get your facilities’ fire and smoke dampers tested and inspected as well as your fire doors, but these can only do so much if there are other issues with your fire rated walls.

Firestopping is simply a group of products that is designed to help prevent the spread of fire and smoke by filling in any holes around penetrating items in fire rated walls, ceilings and floors. Some firestop products will even expand in the presence of heat.

Some Common Firestopping Materials Include:

Firestopping may not be a big item on your radar when it comes to fire protection. After all, you did have your facilities’ fire and smoke dampers, as well as fire doors, tested and inspected.  What else could be wrong?

Well, unless you check for it there could be holes and gaps in your facilities’  fire walls and ceilings due to pipes, wires and anything else that that may penetrate a building’s structure. Not only will the holes and gaps leave room for fire and smoke to travel between room but some items, like plastic pipes, may melt or change shape in a fire. In fact, the 2009 International Fire Code, section 703.1 states that fire-resistance-rated ceiling, walls and floors shall be visually inspected annually, and properly repaired or replaced when damaged, altered or breached.

LSS Life Safety Services conducts surveys in a variety of different sectors including education, hotels, leisure, industrial and Health. Specifically, our surveys focus on the breaches to compartmentation of a building and will provide a comprehensive and detailed breakdown of penetrations within compartment walls and floors throughout the building.